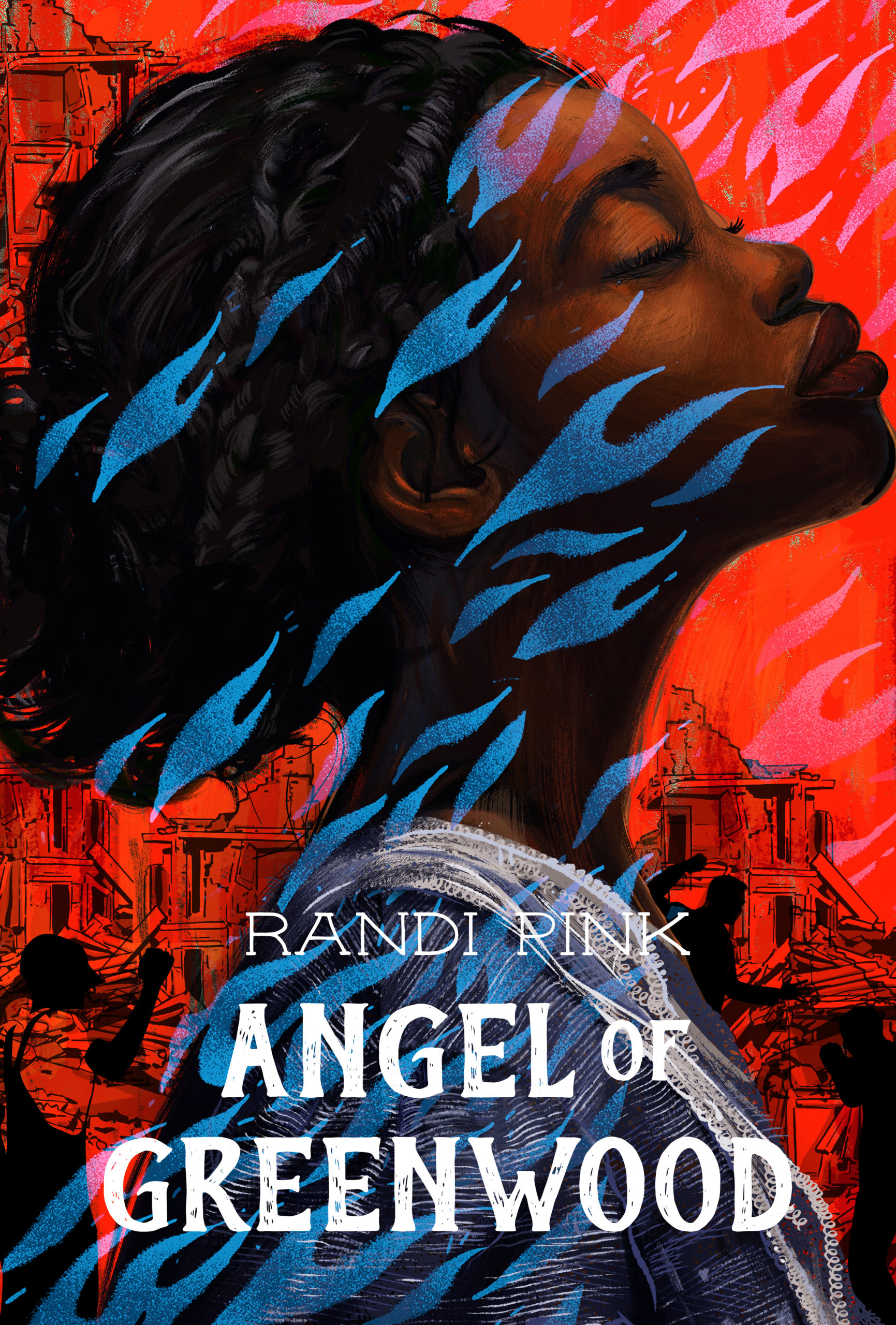 amazon Barnes & Noble bookshop indiebound target
Randi Pink's Angel of Greenwood is a historical YA novel that takes place during the Greenwood Massacre of 1921, in an area of Tulsa, OK, known as the "Black Wall Street." Seventeen-year-old Isaiah Wilson is, on the surface, a town troublemaker, but is hiding that he is an avid reader and secret poet, never leaving home without his journal. A passionate follower of W.E.B. Du Bois, he believes that black people should rise up to claim their place as equals. Sixteen-year-old Angel Hill is a loner, mostly disregarded by her peers as a goody-goody. Her father is dying, and her family’s financial situation is in turmoil. Also, as a loyal follower of Booker T. Washington, she believes, through education and tolerance, that black people should rise slowly and without forced conflict. Though they’ve attended the same schools, Isaiah never noticed Angel as anything but a dorky, Bible-toting church girl. Then their English teacher offers them a job on her mobile library, a three-wheel, two-seater bike. Angel can’t turn down the money and Isaiah is soon eager to be in such close quarters with Angel every afternoon. But life changes on May 31, 1921 when a vicious white mob storms the community of Greenwood, leaving the town destroyed and thousands of residents displaced. Only then, Isaiah, Angel, and their peers realize who their real enemies are. Check out the official Angel of Greenwood Discussion Guide now. Randi Pink grew up in the South and attended a mostly white high school. She lives with her husband and their two rescue dogs in Birmingham, Alabama, where she works for a branch of National Public Radio. Into White was her fiction debut.
Previous Post She’s Too Pretty to Burn
Next Post Rule of Wolves