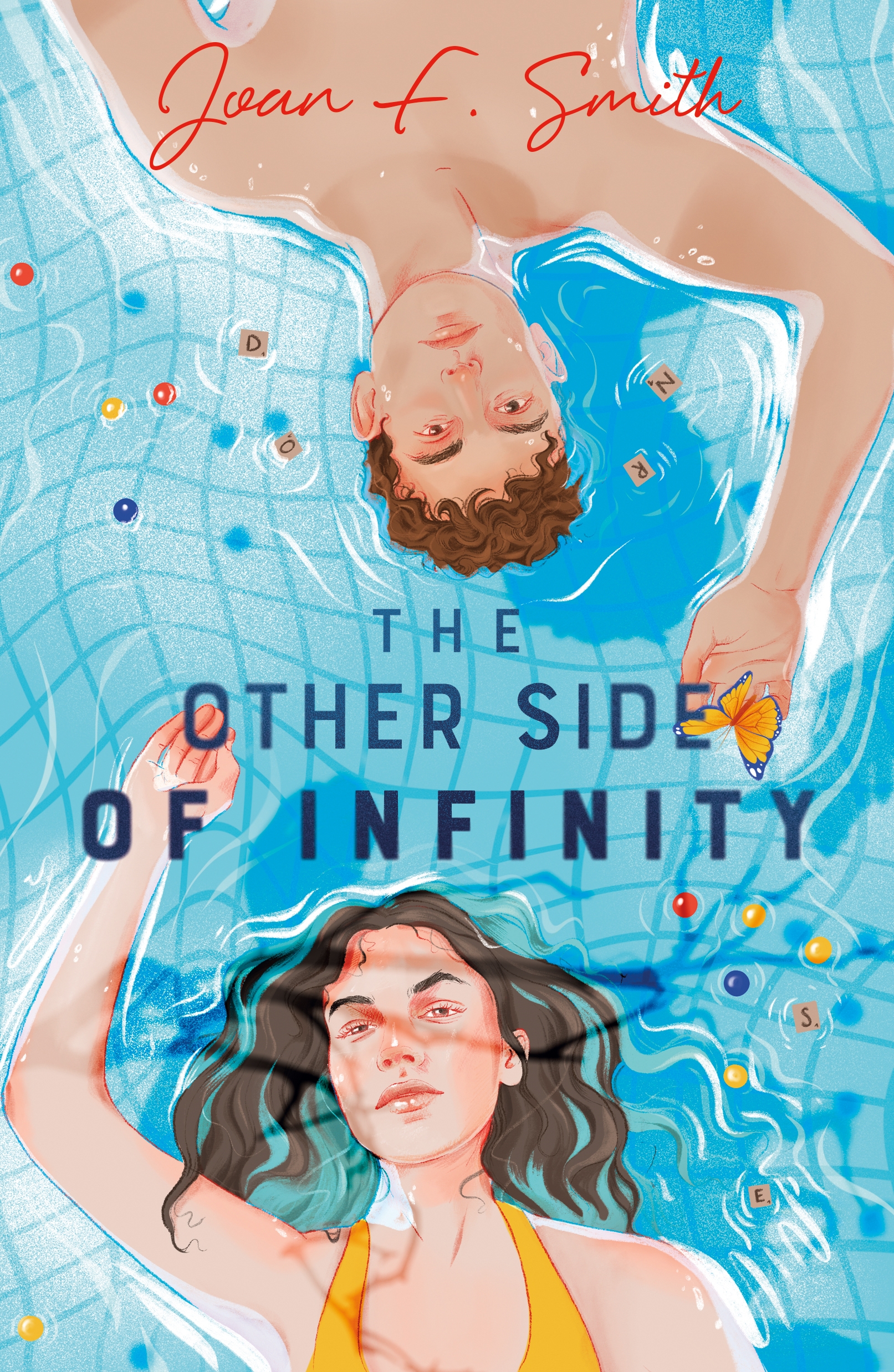 The Other Side of Infinity

amazon Barnes & Noble bookshop indiebound target
They Both Die at the End meets The Butterfly Effect in this YA novel by Joan F. Smith, where a teen uses her gift of foreknowledge to help a lifeguard save a drowning man—only to discover that her actions have suddenly put his life at risk. It was supposed to be an ordinary day at the pool, but when lifeguard Nick hesitates during a save, seventeen-year-old December uses her gift of foreknowledge to rescue the drowning man instead. The action comes at a cost. Not only will Nick and December fall in love, but also, she envisions that his own life is now at risk. The other problem? They’re basically strangers. December embarks on a mission to save Nick’s life, and to experience what it feels like to fall in love—something she’d formerly known she’d never do. Nick, battling the shame of screwing up the rescue when he’s heralded as a community hero, resolves to make up for his inaction by doing December a major solid and searching for her mother, who went missing nine years ago. As they grow closer, December’s gift starts playing tricks, and Nick’s family gets closer to an ugly truth about him. They both must learn what it really means to be a hero before time runs out. Joan F. Smith is the author of The Half-Orphan's Handbook. She lives with her family in Massachusetts, where she works as an associate dean, a creative writing professor, and a dance instructor. She received her MFA in creative writing from Emerson College, and has written articles for The Washington Post and Thought Catalog on destigmatizing discussions around mental health and suicide prevention.
Previous Post Becoming a Queen
Next Post Hungry Ghost